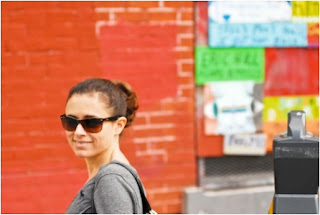 The Midsummer Production Department is constantly growing. A few days ago Joshua, Steve and myself have met with Ipek and we believe she will be a great fit for our production. Read on to find out more about her.


BIOGRAPHY
I was born in 1983 in Izmir, Turkey. I spent all my childhood in Izmir and studied in American Collegiate Institude (ACI) through middle and high school. I got my first bachelor’s degree from Sabanci University on visual communication design. I got interested in motion pictures during this period. By the time I graduated from college in 2006, I knew I wanted to pursue a career in film productions. In the summer of 2006, I got a job at Atlantik Film in Istanbul. I worked as assistant director and assistant art director in television commercials for a year until I took part in the feature film by Reha Erdem. I worked as second assistant director and assistant art director for his film Hayat Var. In the summer of 2008, I decided to concentrate on art direction and further my knowledge on the subject matter. I enrolled in Academy of Arts, San Francisco in Spring 2009. I am completing my second bachelor’s degree concentrating on Production Design in Spring 2011, looking forward to work in art departments for films.
Posted by L. Jeffrey Moore and Tyrel Ventura at 5:27 PM No comments: