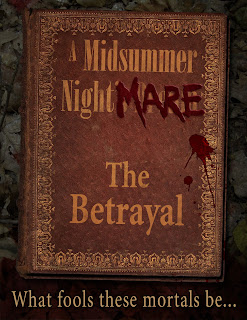 "A Midsummer Nightmare - The Betrayal" is a dark fantasy / horror short film inspired by Shakespeare’s “A Midsummer Night’s Dream”. After being trapped within a magical book for over 250 years, the Faerie Court is accidentally freed in 1865 in a California forest. Three cowboys fight to survive a swarm of angry faeries and the murderous prankster called Puck.

We will be filming in Butte County, Northern California in June for 5 days and 1 night.

Please visit our Casting Page for a list of available roles and how to apply.
Posted by Joshua Siegel at 4:08 PM No comments:

The Midsummer welcomes Renee Boyd to the crew 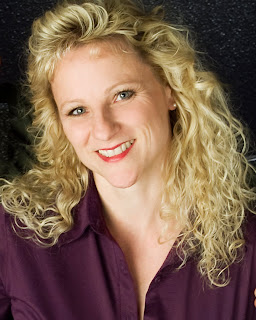 Renee Boyd is coming aboard as Assistant Director for "A Midsummer Nightmare: The Betrayal."

Renee has worked with several local community live theaters for the last 10 years as performer, stage manager, and technical crew. She especially enjoys designing and building sets and props. In September 2010 her directorial debut in the theater was on Evil Dead, The Musical at the Chico Cabaret, where she doubled as Special Effects Director.

In 2008 she became more interested in independent films and was involved in short films as cast and/or crew for The Mistake and Bloodwood Cannibals. She is a member of CiAO, a group of people interested in independent film, and is currently on the production staff organizing the “Show Us Your Shorts Film Festival” at the Chico Cabaret to be held in August.
Posted by L. Jeffrey Moore and Tyrel Ventura at 11:49 PM No comments: